With today’s energy pricing, proactive plant managers are looking to recover any flash steam. Get this article on best practices. 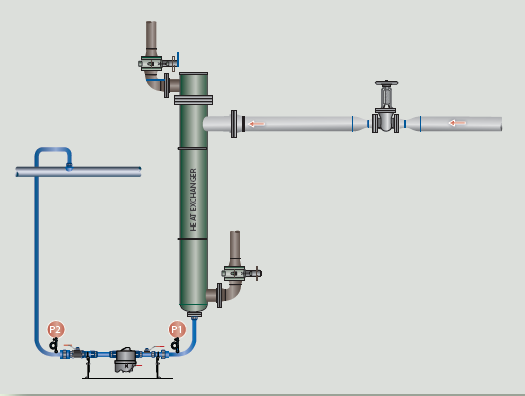 With proper sizing and installation of a flash tank, the flash steam may be used for the heat exchanger device to heat air, water, or any other liquid, or it may be used directly in processes with lower-pressure steam requirements. Flash steam can be generated directly by discharging high-pressure condensate to a lower-pressure steam system. This practice is very seldom used in industrial applications. The best practice is to use a flash tank to:

Flash tanks can be mounted either vertically or horizontally, but the vertical arrangement shown in Figure 3 is the preferred method because it provides better separation of steam and condensate and results in the highest possible flash steam quality.

A large number of plants do not have a need for low-pressure steam; therefore, the cascade steam system is not a benefit. Another method to recover the flash steam is to use a thermocompressing system. (Figure 4)

Flash tanks are considered pressure vessels and must be constructed in accordance with ASME and local codes.

For Steps to Designing a Flash Tank and detailed examples, please fill the form and check your email.