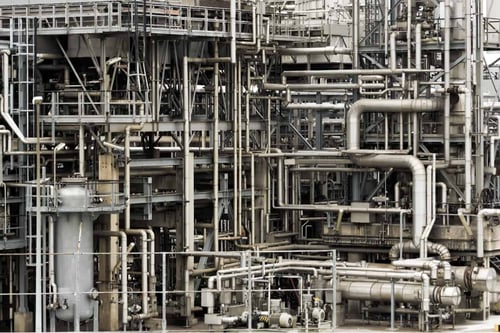 A dead leg is a section of piping or tubing that poses the risk of storing old samples that contaminate later samples. These can be pipes closed by welded caps, flanges, or shut-off valves, or simply instrument ports or poor plumbing design practices. It can also describe piping components that have no significant flow. Throughout a refinery, especially those that have been operating for decades, you’re likely to find a multitude of dead legs. They’re found in high-point vents, drains, bypass piping, instrument connections, and grab sampling points. 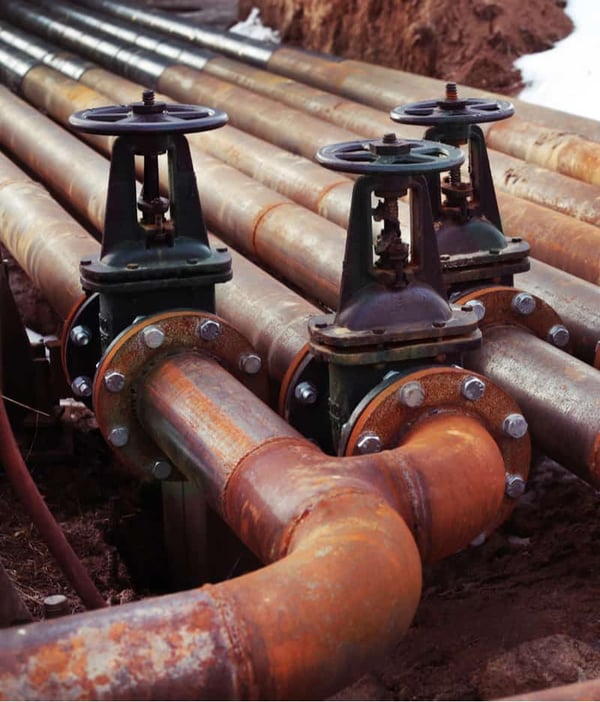 Dead legs are inherently problematic. Because of their intermittent usage or stagnant fluid in these piping sections, they’re prone to contamination and corrosion at rates significantly higher than piping where fluids flow freely. The degree and rate of corrosion in dead legs are affected by the fluid, wall thickness, dead leg orientation, and overall configuration of the piping section. In some of the worst cases, pipe wall corrosion rates greater than 2mm per year have been reported. In any refinery, failure to recognize these problems is a recipe for disaster. Here in the Bay Area, the consequences are all the greater because of Cal/OSHA and/or BAAQMD regulations.

The Challenge of Dead Leg Piping Inspections in a Refinery

Management of dead legs in a refinery is a significant challenge simply because of their number. To effectively monitor and mitigate problems associated with dead legs, you need a carefully planned and executed dead leg piping inspection program.

With an EAM system, maintenance and operations engineers can query the database regarding dead leg types, locations, and processes. The goal of the analysis is to prioritize and schedule inspections based on risk and criticality of pipe failure caused by corrosion. The initial analysis will factor in pipe or tubing materials, wall thickness, and estimated deterioration rates based on maintenance records.

The results of your analysis should result in a prioritized list of dead legs and a preliminary dead leg piping inspection schedule, based on criticality and maintenance records. Piping location, materials, and dimensions will determine the actual inspection method. Ultrasonic phased array scans or eddy current testing are the most common methods of detecting deterioration caused by corrosion in pipe or tubing walls.

Redesign or Replace to Reduce the Need for Inspections

Regularly scheduled inspections and recording of the results will highlight conditions that require special attention. In many cases, the best option may be a redesign and replacement of the piping. Newer materials and different piping configurations can significantly mitigate corrosion problems and reduce the frequency of dead leg piping inspections. In many cases, reconfigured piping can eliminate the dead leg and the need for inspection.

In the case of dead legs associated with grab sampling systems, eliminating problems with dead legs can be significantly easier and less costly than large diameter piping replacement or reconfiguration. Field engineers from Swagelok can work with you on-site to review grab sampling stations based on data in your EAM, identify problematic stations, and propose designs that significantly reduce or eliminate the risk of contamination by corrosion. Location of sampling tap, tubing materials, geometry, length of tubing runs, fittings, instrumentation, and pre- or post-sampling purge processes are a few of the critical factors that contribute to better design. 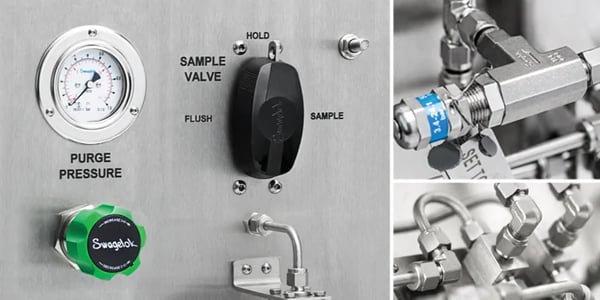 With an improved grab sampling design, you’ll significantly reduce the probability of corrosion that contaminates samples as well as reduce dead leg piping inspection frequency for those systems. An investment in an upgraded grab sampling design can realize a quick return on investment by reducing the need for inspections and ensuring accurate, representative samples over the life of the system.

The number of dead legs found throughout a refinery presents a major challenge to refinery operations groups as they attempt to maintain safe, reliable production processes. With the aid of enterprise asset management software, maintenance engineers can identify and prioritize dead leg locations that present significant risk and work with process engineers to reduce or eliminate those risks via better piping designs.

You can also apply the same approach to problematic grab sampling stations, working closely with experienced field engineers from Swagelok to redesign or replace them to virtually eliminate corrosion risks and improve sampling quality and consistency.

Dead leg piping inspections are a critical aspect of maintaining safe, reliable refinery processes. With the number of dead legs in any refinery, any steps taken to eliminate them or replace them with better designs improve operational efficiency and optimize the inspection process.

To learn how Swagelok Northern California can help you eliminate or mitigate problems associated with dead legs in grab sampling systems with the expertise and guidance of experienced field engineers, contact our team today by calling 510-933-6200. 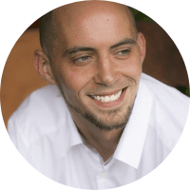 Morgan holds a B.S. in Mechanical Engineering from the University of California at Santa Barbara. He is certified in Section IX, Grab Sample Panel Configuration, and Mechanical Efficiency Program Specification (API 682). He is also well-versed in B31.3 Process Piping Code. Before joining Swagelok Northern California, he was a Manufacturing Engineer at Sierra Instruments, primarily focused on capillary thermal meters for the semiconductor industry (ASML).