This 30 second video debuted in Northeast Ohio during the 2015 Super Bowl. It features the Bloodhound Supersonic car's pursuit of the land speed record.

A team in Bristol, England, is rolling out an amazing vehicle that will attempt to set a new land speed record of 1,000 mph in 2016: The Bloodhound Supersonic Car. Behind the wheel will sit Andy Green, a wing commander in the Royal Air Force and the man who already holds the land speed record of 736 mph.

Helping him achieve his goal is Swagelok

Swagelok components play a few key roles in the car's rocket engine oxidizer system, which uses concentrated hydrogen peroxide known as High Test Peroxide (HTP). These include Swagelok fittings, hoses, pressure regulators, and valves. And several Swagelok components are found in the car's hydraulic lines that connect the brake pedal to the air brakes – Andy’s primary means of slowing down. These include Swagelok fittings, quick connects, and a hose.

The solid aluminum wheels will spin at over 10,000 RPM at top speed. It's not enough for Green to zoom across the land faster than the speed of sound. Swagelok is helping him get into the record books safely.  The video below describes how Swagelok is helping to make engineering history.

The Bloodhound looks so low and sleek that it's easy to miss how gigantic it is. The car is 44 feet long and weighs 17,000 pounds. To get a monster like that moving at 1,000 mph takes a lot of muscle, and the Bloodhound has it: three engines with a combined 135,000 horsepower.

First there's a Rolls-Royce EJ200 jet engine, originally designed to sit in a Eurofighter Typhoon fighter plane. For extra thrust, the Bloodhound also has a Nammo hybrid rocket. Then, as an auxiliary power unit, a Jaguar supercharged V8 engine drives a pump to supply high-test peroxide at a rate of more than 9 gallons per second to the rocket.

The rest of the car is a mix of car and aircraft technology, with the front half made of carbon fiber and the back half made of metal panels. Altogether it has 3,500 components. One hundred and ten man-years have been invested in the design, build and manufacture of the Bloodhound.

It is a tribute to the integrity, quality and innovation of Swagelok parts that they were selected to help this record be achieved safely. From the ocean floor to the surface of Mars and everywhere in between, Swagelok is a part of missions around the world. Swagelok has field engineers, technology and service centers with the purpose of collaborating on specialty custom designs – or supplying top quality fluid components – whatever our customers need.

The Bloodhound has one more role in addition to setting a land speed record. The project is intended to inspire the next generation of scientists and engineers by showcasing this car’s unique design and accomplishments. That is something we all feel really proud of here at Swagelok Northern California.

After all, at Swagelok we’ve been growing and serving customers for 60 years. Isn’t it nice to know we’re still racing to stay ahead of your needs?  From record breaking applications to basic water lines, Swagelok is there.  We would enjoy hearing how you are using Swagelok to propel your applications into the future.  Please tell us about it and we will send you a Swagelok koozie. Tell us about your application here » 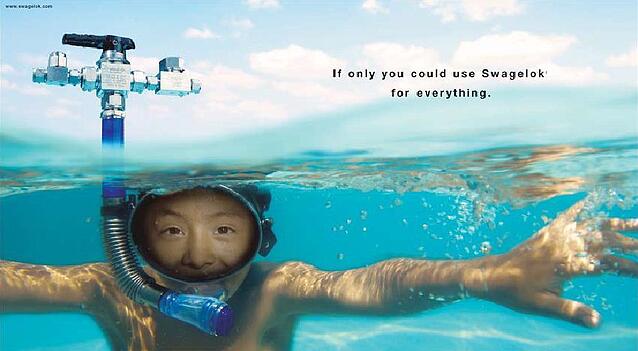